Due to extreme weather events stemming from climate change, abnormally high or low temperatures, which may persist for extended periods of time, are becoming increasingly prevalent. Thus, as outdoor surveillance applications become more widespread, the development of cameras that can operate reliably at a wider range of temperatures is an increasingly urgent task.

If the surveillance camera is used in an environment where the temperature is below the minimum, or above the maximum, operating temperature—particularly for extended periods—malfunctions if not outright device failures are likely to occur. For example, at excessively high temperatures, the camera’s image sensor may produce so-called “hot pixels”, which are unnaturally bright individual pixels, whose presence adversely affects overall picture quality. Extremely high or low temperatures may even result in permanent damage to the camera, such that even when normal temperatures are restored, the camera will not function properly.

Due to extreme weather events stemming from climate change, abnormally high or low temperatures, which may persist for extended periods of time, are becoming increasingly prevalent. Thus, as outdoor surveillance applications become more widespread, the development of cameras that can operate reliably at a wider range of temperatures is an increasingly urgent task.

The challenge of high temperatures

The normal operation of a surveillance camera produces significant amounts of heat. This is particularly true of high-definition megapixel-class cameras and cameras that use video compression codecs such as H.264 that make more efficient use of network bandwidth but add to the processing load. When the heat generated by operation of the camera is combined with high ambient temperatures, maintaining the camera’s proper functioning can become a formidable challenge.

To ensure normal operation in high-temperature environments, multiple complementary approaches are required. First, the heat that the camera itself produces must be efficiently dissipated. An effective thermal design quickly shifts heat away from the camera’s internal components, for example, by making use of a fan. The positioning of components can also be used to improve airflow within the camera body, enhancing the cooling effects of the fan and taking the best advantage of natural convection effects. Further strategies for lowering internal temperatures include heat sinks and heat pipes. In addition to these measures for dispersing heat generated inside the camera, the camera’s components should be isolated as much as possible from the effects of high ambient temperature, for example, through the use of non-heat-conducting materials on the outside of the camera.

The challenge of low temperatures

Low temperatures also present potential problems for normal camera operation, because even though the camera’s components generate considerable heat, under extremely cold conditions or when low temperatures persist for an extended period of time, the generated heat may be insufficient to keep the camera above its minimum operating temperature.

A particular problem under extremely cold conditions is the inability to start up the camera, such as after a power failure has occured. In addition, damage to components may even result if startup is 4 attempted, and thus restoring the camera to its minimum operating temperature before attempting a restart is strongly advised.

Adequate thermal designs are important for any electronic device, but especially so for surveillance cameras used for outdoor applications. Such cameras typically have no downtime, but must operate continuously regardless of prevailing conditions, even when those conditions are particularly harsh—as is increasingly often the case with extreme weather events become more prevalent.

More sophisticated thermal designs are thus urgently needed, so that outdoor surveillance cameras can operate reliably under extreme temperatures and during extended periods of unusually high and low temperatures. Such designs should allow control software to make use of real-time temperature data from sensors and determine when to activate and power down heaters and fans. They should also offer highly precise control over these components to maximize lifespan, reduce failures, and of course maintain optimal temperatures inside the camera.

In addition, to further enhance reliability, a robust weather-proof surveillance camera should utilize key components such as an SoC and image sensor that meet stringent industrial standards rather than more lax consumer standards. While industrial-specification components are more expensive, they make thermal design simpler, while providing superior tolerance of extreme temperatures.

While the initial outlay for cameras designed to operate under extreme temperature conditions may be higher, their superior heat and cold tolerance mean less risk of damage, saving replacement on repair costs, likely leading to a lower total cost of ownership in most cases—to say nothing of the benefits of more reliable surveillance.

In addition to the wide temperature range, a robust outdoor network camera also requires a weatherproof housing to protect the cameras from damage caused by rain and dust. It should conform to the IP rating that defines protection against solid objects and liquid on a six and eight scale respectively. Generally, a housing should be at least IP66-rated to provide sufficient protection for camera components. 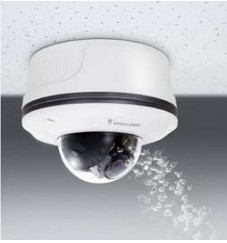 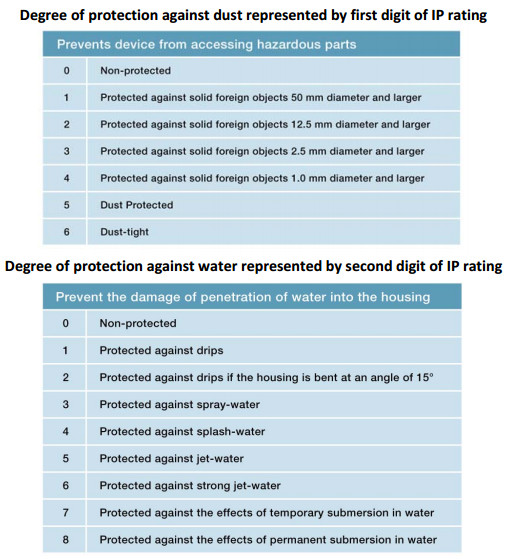